"The Possibility of Her" Blu-Ray Limited Edition 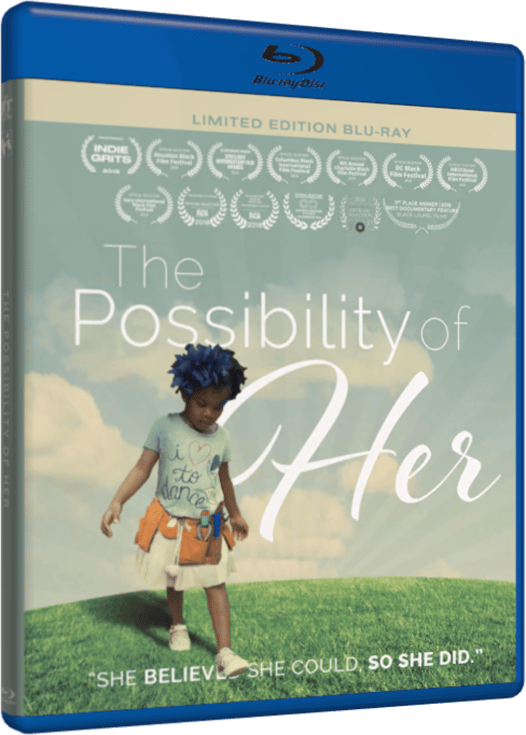 "The Possibility of Her" is a feature-length documentary which highlights 12 women of color who are actively involved in non-traditional careers or passions. The film delves into each woman's personal and professional life discussing their beginnings, challenges, their take on gender norms as well as addressing some myths and misconceptions about women in their respective fields. The Blu-Ray includes extras such as music videos, trailers and promotional videos as well as the "Our Voices. Our Lives.: WOMAN." mini-documentary.