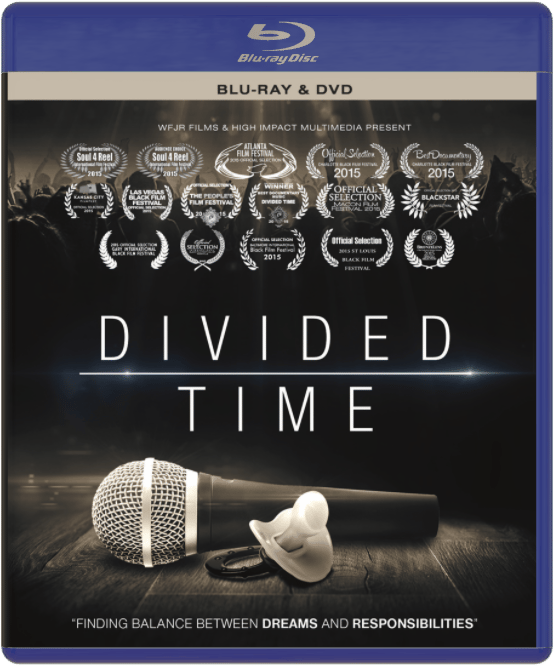 "Divided Time" synopsis:
The responsibility of parenthood has caused many people to delay or abandon the pursuit of their dreams. “Divided Time” examines the impact of fatherhood on several aspiring independent hip-hop artists. It’s an inspiring behind-the-scenes look that counters the negative imagery often associated with hip-hop in mainstream media.

"Divided Time" premiered on October 8, 2014 at the A3C Hip-Hop Festival and went on to be screened at 15 Film Festivals in 13 different cities this year.